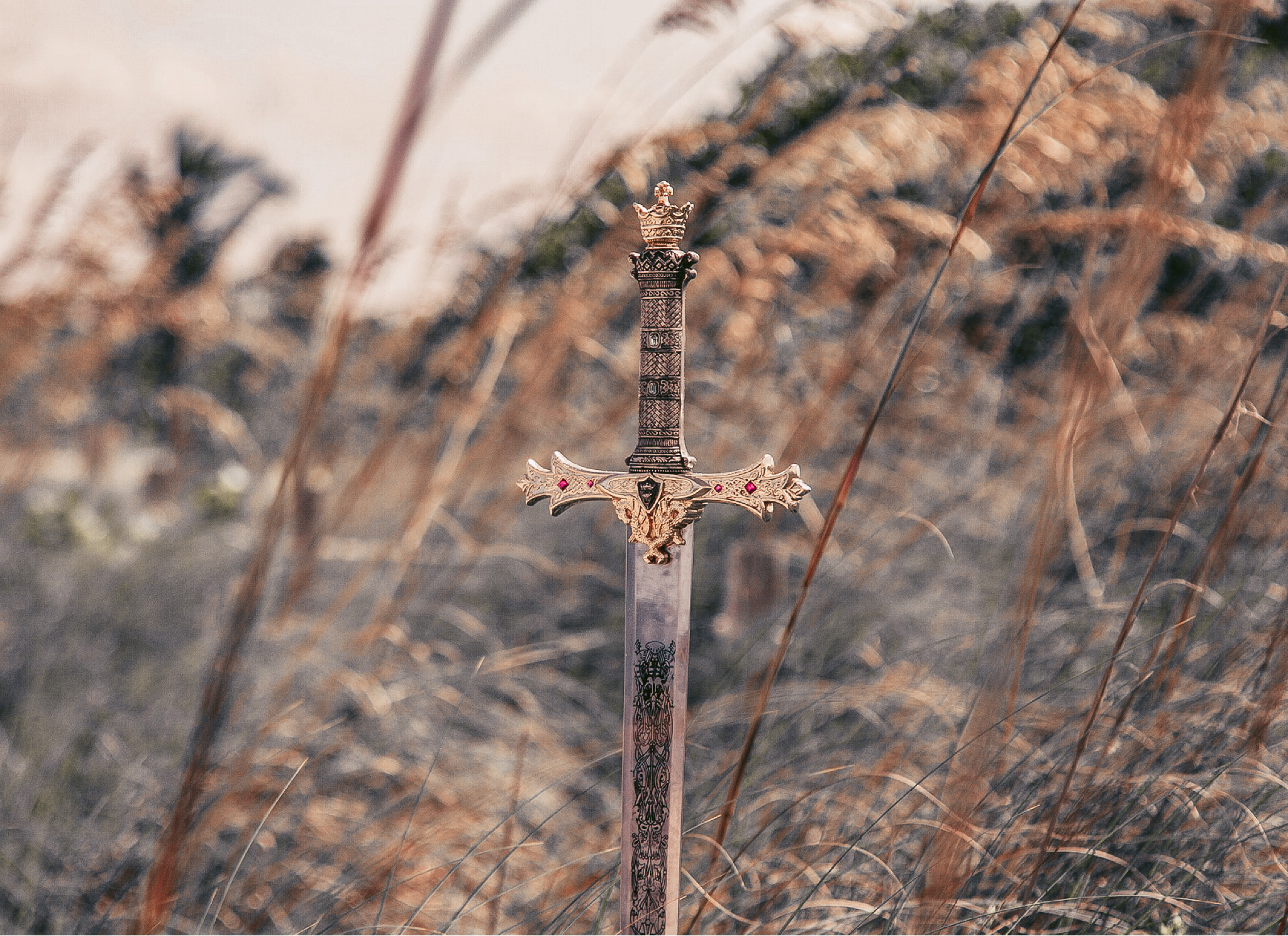 We live in an upside down and backwards world where the enemy has the freedom to lead people into pure evil.

Most of us are just now becoming aware of some of the horrific realities including trafficking children all over the world. It’s disgusting. It’s overwhelming, and it’s purely demonic!!

I don’t say “demonic” as symbolism…I say that in the most literal way.

So many of us will talk about “the enemy” but most don’t put it together that satan is real.

He’s as real as God and so are the dark angels (demons) that work with satan to torment many!

We have to stop denying the battle that is NOT flesh and blood but dark principalities that are at work.

Satan is a thief out to steal, kill and destroy and this is not to be read lightly or ignored. It is a true fact that he wants you and me dead! He is at work continually to lead people into temptation and lure them into lifestyles that take us out of God’s will and into his traps.

Sex-trafficking, to any one who is a decent human being, believes this is unacceptable! There are many ministries around the globe that have been working for decades to end trafficking as well as rescue those who have been victims and care for them. I encourage you to go beyond carrying a sign and get involved! Google it. I guarantee you have one locally if you are near one of the major cities of transport. There are also global ones, just do your research and make sure they are reputable. Sex-trafficking is real and you are needed!

With that being said, I want to talk more about the work of the devil that is behind the scene in subtle ways. The true enemy that too many are naive to. Satan has crept in and taken ground in so many lives and they don’t even know it because it’s less extreme.

Do you know satan is behind depression, anxiety, fear, and everything that takes a person out of peace?

Yes, those are tormenting spirits and if you have a relationship with Jesus, you have authority AND the mind of Christ! You need to understand what you have through Jesus and walk it out! We have the Holy Spirit in us but if we don’t fully understand what that means, we don’t live out of His power.

Do you know the enemy purposely leads people into lifestyles that are not of God just so he can have a doorway in our lives to mess with us?

Have you ever considered that those weekends of “letting lose” by getting drunk followed by anxiety on Monday that you think “is just cause I have to go back to work” could potentially be a demon messing with you?

He is just waiting for opportunities for us to partner with his ways so he can torment our minds keep us out of God’s peace.

Anything outside of God’s design IS an open door to the devil and invites demonic activity into our life whether you believe me or not, it’s the truth. I’m not here to prove it either. I’m here to bring something to the table and for you to become aware because I want you free!

God is not interested in controlling us with rules like many believe…He knows what’s out of His will gives permission to satan to enter into the scene of our lives creating strife, chaos and confusion…with the ultimate goal of killing off everything Jesus died for us to have in our lives TODAY!

People want to know how the world can be so filled with evil of all sorts but won’t consider the actual source. It’s time to.

I’ll never forget the night I woke up to my ex- husband acting strange. He was rocking in somewhat of a panic and my natural instinct was to lay my hands on him and pray for God’s peace to meet him.

I will never forget what I experienced as soon as my hand touched his leg. He looked at me with hollowness in his eyes and in a voice I had never heard before, he ripped my hand off of him, eyes glaring at me as if to look straight through me, and told me to “get your hands off of me!” He said my hands felt like fire and he continued to act aggressively.

I knew it was a demon speaking through him.

I could feel it through my whole body and what he felt in me was the fire of God!

No one can tell me demons aren’t really at work or that we can’t be demonized. That was the first, but not the last time I became fully aware that I was face to face with a demon who was messing with my ex-husband who also wanted to hurt me.

I spent many years experiencing the effects of my ex-husbands lifestyle bringing in demonic activity from a spirit of suicide that would mess with him directly, to erratic behaviors that put fear in my family, to sleepless nights of him going into a rage.

Yes, drugs were involved, but this activity was not only when he was high. Drugs (and other sins) were the open door to demonic activity regularly and while I have full authority to cast out demons in Jesus’ name, he was inviting them back in with his life choices. He was giving the enemy full permission. A conversation we had many times when he was calmer. He continued to choose the ways of his flesh over the ways of God. We all have the choice of the way we want to live our lives. I literally lived in a spiritual war zone that most people don’t believe is real.

Yes, this could be another extreme, but over the years I came to a deeper understanding of the many ways the enemy is at work to take ground in our lives from obvious sin to the subtlest like pride, and even unforgiveness in ones heart.

Anything that is in opposition to God’s heart, will and design that we willfully choose gives satan access in our lives and most often it’s very quiet.

A quiet bondage that keeps us from living in the full freedom that Jesus paid for us to have, separating us from God’s unending, and tangible peace.

I can discern a spirit operating in someone’s life very easily and that person is completely calm, totally unaware. My stomach will have intense knots in it, not because of the person who’s in front of me, but from a dark spirit that they are agreeing with that has entered into the situation. I can feel it. Through conversation and prayer we can discover where the enemy has gained ground in there life and they repent, cast out and close the door to the devil in their life! Once this takes place and they have a relationship with Jesus, they have full authority over the devil because they’ve cut off all ties.

Do you know that harboring unforgiveness, bitterness and even a wounded heart that has not been met by Jesus can be a weakness in our wall for the enemy to mess with us?

Anything that we have not surrendered to God is an open door for us to easily fall into the traps of the enemy. He especially loves to play with wounded hearts getting those who’ve been hurt by life to hurt others. It’s a domino effect and he’s behind the scene.

I have also experienced the enemy at work in the church.

From unhealed heart-hurt, manipulation, twisting scripture for selfish gain, to New age practices coming in disguised as tools to “help” but if you look into the history you will find its origin is not of God. I’m not even saying these things are intentional…most is from hearts that genuinely just want people to experience God and get freedom, but I’m watching the counterfeit come into the church continually.

How can this happen?

Because we’ve lost sight of God’s presence and power by denying the work of the Holy Spirit, not addressing the work of the devil, and failing to equip the saints for ministry…the ministry Jesus established that we are supposed to carry out!

“Go and announce to them that the Kingdom of Heaven is near. Heal the sick, raise the dead, cure those with leprosy, and cast out demons. Give as freely as you have received!” Matthew 10:7-8 (NLT)

How can we “give” to anyone if we have not “received” and are still struggling ourselves?

The church has become weak. In times of real trouble we freak out, and don’t know what to do when we are supposed to be the ones who know exactly what to do. We should not be shocked when evil is revealed. We should be rejoicing that the enemies time is coming to an end because all that’s been hidden in the dark is being brought to light! The enemy has taken ground in too many ways…it’s time to take it back!

You want to fight a battle that will actually counter the evil in this world?

It’s starts with YOU connecting to the vine, Jesus, and picking up your Sword, the Word of God!

Recognize the way the enemy has had you bound in your own life, call upon Jesus for your freedom and cut off all ties with the enemy.

It’s time to stop playing church, clean house and BE the church!

It’s time to open our eyes and ears to hear like Jesus continually repeated to his disciples and followers so we can understand what Jesus taught His followers, and then live it out.

It’s time to know and walk fully in our God-given authority, releasing the Kingdom of Heaven HERE ON EARTH!

Read your Bible like a battle plan and understand what the Lord wants you to do and I promise you it will start in your own heart.

It’s time to be the TRUE extension of Jesus.

It’s time to take back the territory that the enemy has gained in our lives and in the lives around us.

We are the change agents and we were made to shift culture!

Yes, this is one aspect of what “being the church” looks like, but it’s a big one that needs to be addressed!

Jillian Ahonen, wife, mom to five, and founder of Jillian Ahonen Ministries, is real, relatable, and passionate about seeing lives transformed through God’s overwhelming love and power. Click to learn more about Jillian and her Ministries. Connect with her on Facebook, Twitter, and Instagram. Life is Muddy (book) now available!

FROM BATTLE TO BLESSINGS

CLOSE TO HIS HEART 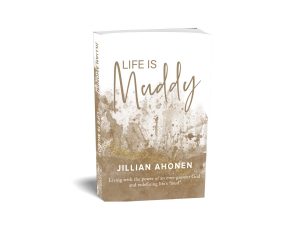